The Last Invasion of Britian

The story begins when French ships approached Fishguard, led by William Tate. Most of the French soldiers had been kitted out in British uniforms dyed dark blue.  A company of grenadiers landed at Carreg Wastad and took over Trehowel Farm, which became Tate’s headquarters.

When one of the French ships entered Fishguard Bay, the alarm was raised and one of the “Fishguard Volunteers” rushed to Tregwynt Mansion to alert Lieutenant Colonel Thomas Knox who was dining there. At first he gave it little credence, but as the seriousness of the situation dawned on him he instructed volunteers to make for the Fort.  Lord Cawdor set off from Haverfordwest to reinforce Knox.

Following the landing, the French had moved a further two miles inland and occupied two strong defensive positions at Garnwnda and Garngelli.

Knox and his men met reinforcements at Trefgarne, and Lord Cawdor led the forces back towards Fishguard. By this time Tate’s fortunes had changed . Many of the foraging parties resorted to pillaging local farms and Llanwnda Church. French orders had instructed Castagnier’s squadron to sail away leaving the soldiers isolated, with no means of escape and increasingly demoralised.

Meanwhile British Soldiers were gathering at Fishguard where the officers were stationed overnight in what is now called the Royal Oak Inn. The local heroine, Jemima Nicholas, is said to have captured soldiers single-handedly and secured them in St Mary’s Church.

That evening, two French delegates arrived at the Royal Oak to negotiate a conditional surrender. But Cawdor, with magnificent bluff, replied that with his superior numbers he would only accept an unconditional surrender, otherwise the French would be attacked. The following morning the British forces were lined up in battle order, reinforced by hundreds of civilians to await Tate’s response. Tate accepted the terms and finally with drums beating, the French marched down to Goodwick Beach, where they stacked there weapons.

There is strong evidence to support the story that the French were deceived into thinking they were facing a large British army when they saw red and black movements in the distance. In truth, these were said to be local women in traditional red shawls and black hats marching around a prominent hill in Fishguard – The Bigney – now covered in houses. 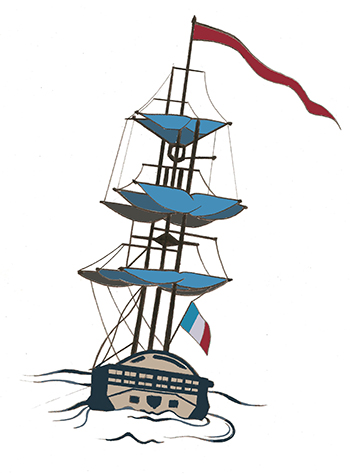 COVID-19 (Coronavirus)
The Last Invasion Tapestry Gallery is open, with the following Covid restrictions:
1 family group/bubble at a time, Visits are limited to 30mins, Pre- booking on the day is advised.

COVID-19 (Coronavirus)
1 family group/bubble at a time, Visits are limited to 30mins, Pre- booking on the day is advised.